This is a story about a doggy named Petey, and his adventures as he tries to find his lost owner! Owners are always wandering off! =^..^= MOL!

I am the first kitty to contribute, so I will do my best to channel the mind of a doggy. Me-Ommmmm! If you are interested in pawticipating, there are still spots open! Here are the previous chapters and pawesome authors:

"Beast, what are you doing here? Where is your Mom? And who is this? You know you shouldn't be out wandering around in the middle of the night in the snow and dragging other doggies along with your shenanigans!" She yells.

She would have gone on and on and on... if Beast hadn't dropped the drool-soaked piece of paper out of his mouth. The lady tries to read it:

Beast's drool had smeared most of the ink, so the lady thought a man was somehow attacking Beast's Mom. She runs inside to call the police, and then, holding onto our collars, runs over to Beast's house. We wiggled, and barked, and whimpered trying to tell her we were going to the wrong place, but, alas, she only understands cat talk, not dog talk.

At the exact moment we meet the police at Beast's front door
the sky lets out a thunderous roar and lighting flashes strike the ground. Oh dear, I do not like thunder! I peed right there on the lady's foot. Beast doesn't like the thunder either, and we both break free of her grip. We kept barking and running around the officers trying to get them to follow us towards the ravine. Will they listen?

Tomorrow's chapter will be by: Tenacious Little Terrier. Me-Ommmmm!
Posted by Swami Zoe at 1:13 PM

Check out my Book! 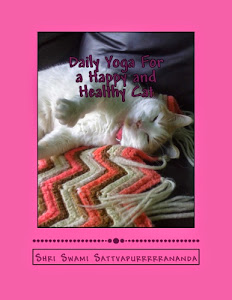 A most essential guide to Yoga! 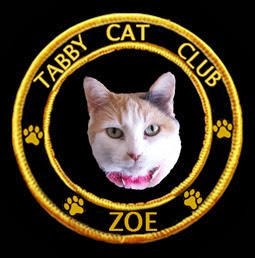 The Ladies of Autumn

Swami Zoe
I am the most beautiful Shri Swami Sattvapurrrrrananda, but you may call me Swami Zoe. I am here to share my eternal wisdom on living a happy, healthy, and blissful life through yoga and zen with all. Bliss and Peace to All! Me-Ommm

My brother's blog: Haiku By Ku 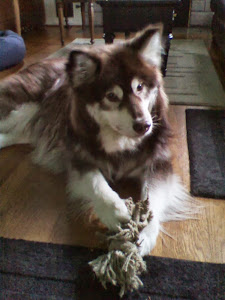 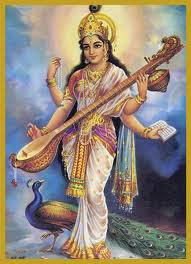